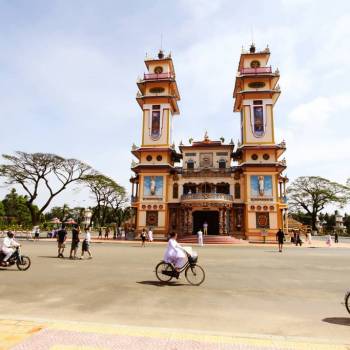 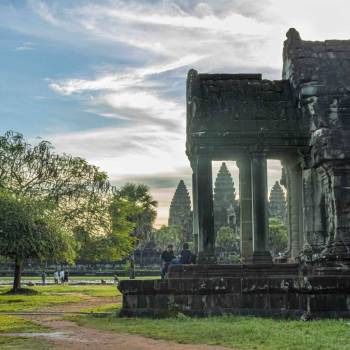 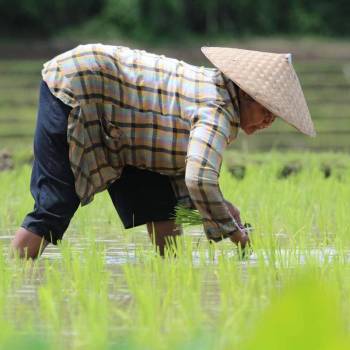 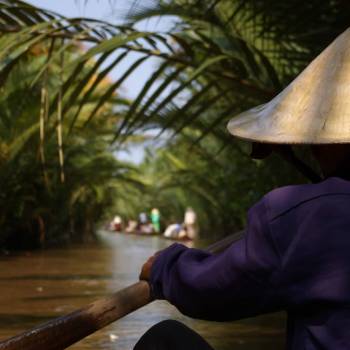 On arrival at the airport, you will be met and transferred to your hotel. Luang Prabang is perhaps the best-preserved traditional city in Southeast Asia. The tranquility and charm of this town with its splendid natural scenery and cultural sights make it one of the most delightful places to visit in Laos. Overnight stay in Luang Prabang.

Start our morning with a first visit to the Royal Palace Museum (Former King’s Palace) –The palace displays a lovely collection of personal artefacts of the Royal family, photos, musical instruments and gifts received from foreigners. Just cross the street is Mt Phusi where you challenge yourself for a climb of over 300 steps to the top overlooking the city of Luang Prabang. A terrace at the foot of the stupa offers an 360c panoramic view of the town overseen the gold shining roof top of Hor Prabang Museum and the Sisavangvong avenue where night market is held every night. We pay a visit to Xieng Thong temple, the most beautiful temple in Luang Prabang with its mosaic decoration and the most important of Lao monasteries and remain a significant monument to the spirit of religion, traditional art and royalty. Last but not least, a visit to Wat Phabat Tai, a monastery complex built in the 17th century, a best place to view sunset if visiting in the evening. Overnight stay in Luang Prabang.

Embark on a traditional wooden boat upstream to visit the famous cave of Pak U cave, locally called Tham Ting. The caves locate just right on the cliff; it is very impressive and stunning. Inside the caves, there are more than hundreds of Buddha images, which have been bringing by local people since the early 16th century when the cave was found. Up the river for about five-minutes is Ban Muang Keo to spend sometimes walking around the village to witness slow lao lives where kids ae planning on the ground together with ducks, dogs, pigs, roosters. You may get to have sip of lao-lao (Lao Whiskey).

Continue our visit in the afternoon to Kwang Si waterfall, located 30km south of Luang Prabang, these nice falls are getting downs as cascades on calcareous bedrock where they have scooped out small basins of turquoise color. Short trek around the fall is suggested. Just 300meters before entrance to the fall is the Butterfly Park, numerous Laotian butterflies set in a beautiful wet landscaped garden. Spend a few minutes at Bear Rescue Sanctuary to find out about “Free the Bears” program where you can also donate or buy souvenirs here to support the running of the project. On your way back to town, stop by at Laos Buffalo Dairy to try delicious cheesecake, Buffalo milk or Ice cream. Finally, a short walk around Hmong village at Ban Ouay to perhaps having a chit chat with Hmong children and photo their beautiful handicrafts.  Overnight stay in Luang Prabang.

An optional early start gives you the fantastic opportunity to participate in the daily morning rituals of saffron-clad monks collecting offerings of Alms (ubiquitous sticky rice) from the faithful residents. This tradition is very unique in Laos, being the only Buddhist nation still preserving the procession. From there you will visit the morning market, where you will see such diverse offerings as dried buffalo skin, local tea and saltpeter among the chickens, vegetables and hill-tribe weavings. After breakfast, you will then be transferred out to airport for flight to Vientiane.

Our guide is waiting to meet you at the arrival hall and you soon will be transferred to your hotel. Vientiane is a fascinating capital, with a fusion of Lao, Thai, Chinese, Vietnamese, French, and American influences. The capital sees as the center of the commercial, trade operation, head of international organizations, and major universities. Late in the afternoon, begin our first visit to the oldest Sisaket temple – one of survived temples during the Siamese’s invasion in 1827. Pay a visit to Wat Si Muang, the country most well-known worship site and home of the Guardian spirit. The temple believed to be drawn by its good luck or good fortune power, and It is also the presence of city pillar. Visit to That Luang Stupa is believed to enshrine a relic of the Buddha. Yearly procession and ceremony are held to pay respect to the great stupa including alms giving, wax castle procession, traditional music and songs, Lao Hockey game, and night fare. Up on our return, a guided walk around the victory monument – Pratuxai – built in 1957 and dedicate to those who fought for independence from France. End our day with a nice sun set walk along the Mekong River at Chao Anouvong Park, some are here for outdoor work out, jogging; dancing. Nonetheless, many food stores at the night market there for you to try. Overnight stay in Vientiane.

After breakfast, there will be free for your own time to venture into town and stroll around the metropolitan area prior the transfer out to airport for flight to Vietnam in the afternoon. Upon arrival Ho Chi Minh City, the former Saigon. Welcome by our Vietnamese guide and transferred to your hotel. The rest of the day is free to explore this dynamic city. Overnight stay in Ho Chi Minh.

Our first morning visit is the Reunification Palace, the former palace of President Thieu and his predecessors. Today this building is a museum and venue for official receptions. Inside you can visit the private rooms of the president, the “War Room” from where the South Vietnamese forces were controlled, and, most poignantly, the room where the North Vietnamese army finally took control in 1975. Next, we visit the War Remnants Museum, Historically, the war museum as part of the Vietnam and World Peace museums system was born on Sep 4 1975 at 28 Vo Van Tan street, district 3, HCMC. This museum includes 8 specific exhibitions and various collections of the truth of history (conspiracy and process from hostile forces for the war in Vietnam); crime evidences and war consequences; kinds of weapon and tools serving for the wars; prison (prison house system, concentration camp, torture, maltreatment, corporal mutilation and spiritual oppression against political prisoners). We also stop at the Notre Dame Cathedral and Old Post Office. The post office, built between 1877 and 1883, is an excellent example of classic French colonial architecture. In deference to the Chinese heritage, you will also visit Thien Hau Pagoda, built in 1863 by the ethnic Chinese of Saigon and dedicated to the Goddess of the Sea, and Cho Lon market. The rest of time is free at the leisure. Overnight stay in Ho Chi Minh.

We start the trip from Ho Chi Minh City to Vietnam's rice basket, the Mekong Delta. We will pass through idyllic, rural scenes until we arrive at My Tho, a peaceful town on the bank of the Mekong River, where we will visit the Vinh Trang Pagoda. Next we will have a boat ride on the Mekong, visit local homes and orchards, a coconut candy workshop, a honeybee farm, take a sampan ride on palm-shaded creeks, try a taste of seasonal fruit and honey tea and enjoy a performance of traditional Southern singing. Overnight stay in Ho Chi Minh.

Breakfast at the hotel, Dinner at local restaurant

We will leave busy Ho Chi Minh city for the tunnels of Cu Chi, where are an immense network of connecting underground tunnels located in the Cu Chi district of Ho Chi Minh City (Saigon), Vietnam. At Cu Chi tunnel, we see a short introductory video showing how they were constructed, followed by an exploration of the maze of tunnels, some of which have been widened to allow tourist access. Also, on display are various mantraps and the remains of an American tank as well as numerous bomb craters made by 500lb bombs dropped by B52 bombers. On our way there we drive through pleasant countryside: rubber plantations and rice paddies. Afternoon you will then be transferred out to airport for flight to Siem Reap.

Our guide is waiting to meet you at the arrival hall and you soon will be transferred to your hotel. For those travelers thirsting for cultural highlights of Cambodia, no visit to Cambodia is complete without attending at least one traditional Khmer dance performance, often referred to as 'Apsara Dance' after one of the most popular Classical dance pieces. Traditional Khmer dance better described as 'dance-drama' in that the dances are not merely dance but also meant to convey a story or message. Welcome dinner with Apsara Dance show at local restaurant. Overnight stay in Siem Reap.

After breakfast, we then start our trip to Banteay Srei, it is nearly everyone's favorite site. The special charm of this temple lies in its compact size, remarkable state of preservation, and the excellence of it decorative carving. On the way back, we will stop at the Cambodian Landmine museum and Rehabilitation Centre which promotes mine awareness and education for both tourists and Cambodian people. The museum displays a large collection of guns, rifles, rockets launchers, pistols, mortars, grenades, CS gas canisters, bombs, bullets and a 225kg bomb from a US warplane, all recovered from Cambodia countryside. Mr. Aki Ra, the founder of the museum, worked as a de-miner when he decided to exhibit his collection of shell casings and decommissioned mines in 1998. Today, the museum serves also as a rescue center for a number of landmine amputee children that Aki Ra had brought off Phnom Penh’s streets or from extremely impoverished rural communities. In addition of the exhibition building, the museum includes a school and dormitories for amputee children and staff. Overnight stay in Siem Reap.

We start on our bike and cycle to world heritage areas on the roads less travelled. Ride among the jungle passing local village and local shop. It’s a very special and acting day as you will explore some of Angkor’s most beautiful temples. You will visit the West Gate of Angkor Thom – undiscovered by mass tourist.

We continue to visiting to the famous temple: Angkor Wat. Angkor Wat is a World Heritage Site since 1992, famous for its beauty and splendor. Angkor Wat features the longest continuous bas-relief in the world, which runs along the outer gallery walls and narrates stories from Hindu mythology. Enjoy foot massage 1hour and walking at busy pub street where you can find many bars for cool drink or shopping at Angkor Night Market. Overnight stay in Siem Reap.

After breakfast depart Siem Reap for the Tonlé Sap, driving down the eastern side of the lake. Arrive at Kompong Klaing, a remarkable village built entirely on stilts, where there is time to explore the various houses, school and shops before boarding your private boat. Cruise along a short tributary, passing fishermen and children playing in the shallow waters before arriving at a typical floating village where you may either disembark or cruise amongst the waterways. Transfer to Siem Reap airport for departure to next destination. 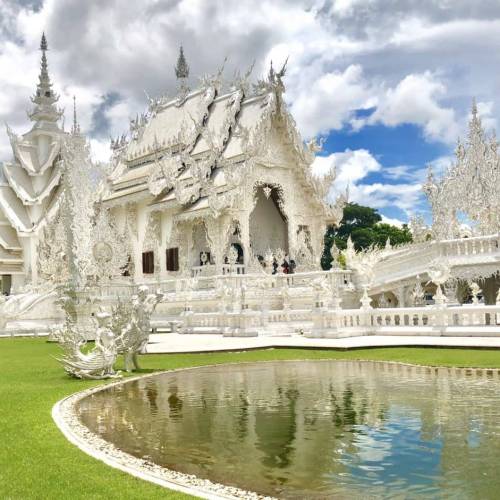 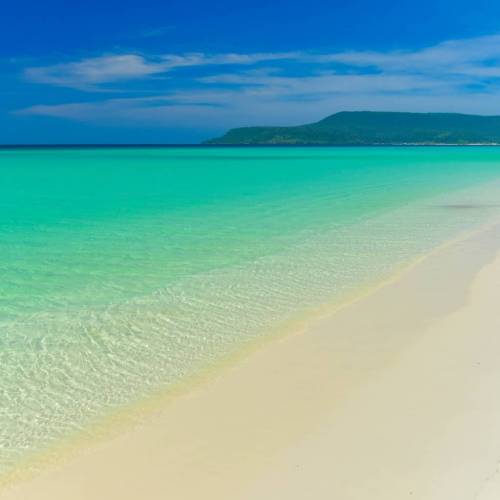 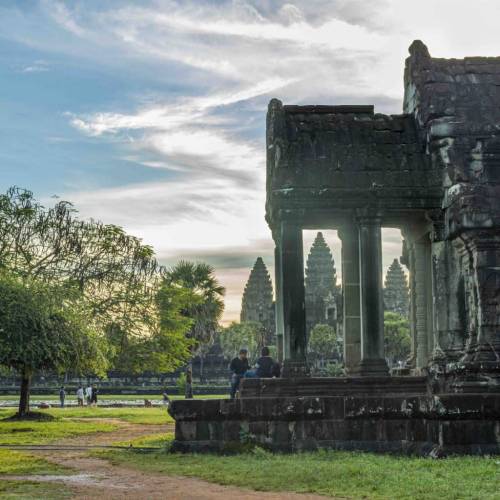 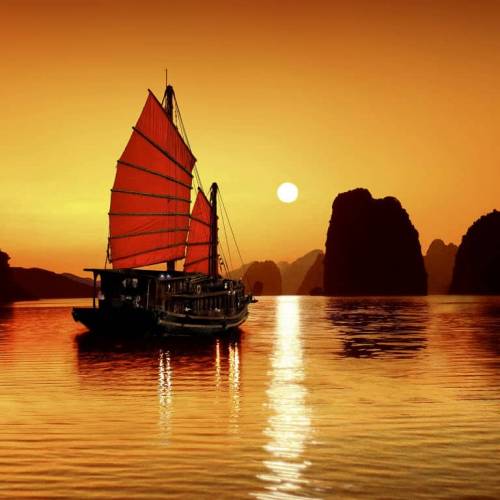